reconstruction of a family house in Bílovice 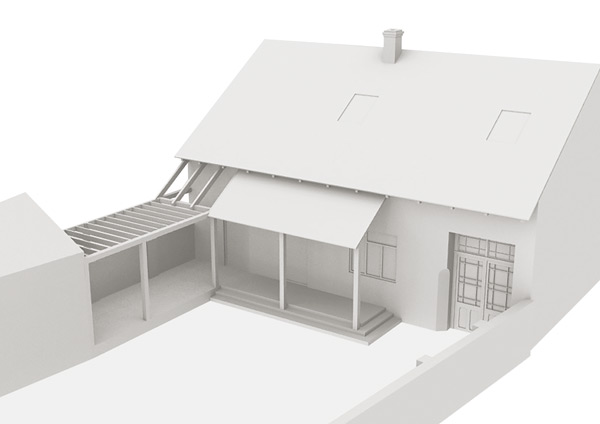 volume study of the yard

Reconstruction of a house from the turn of the 19th and 20th centuries, originally built as a temporary summer residence.

Layout of the house with four transit rooms does not meet today’s requirements for a family house. There are an entrance hall, sanitary facilities and a new staircase to the children’s room in the attic proposed instead of one the rooms. Children’s room is located at a lowered ceiling between two post trusses so there is no need to touch the roof structure. At the current garret level there are children’s beds and a playroom designed.

Look of the building is preserved. The original terrace in the garden will be restored by removing inappropriate addition of bathroom. The gap between the house and barn in the garden is filled with a pergola. 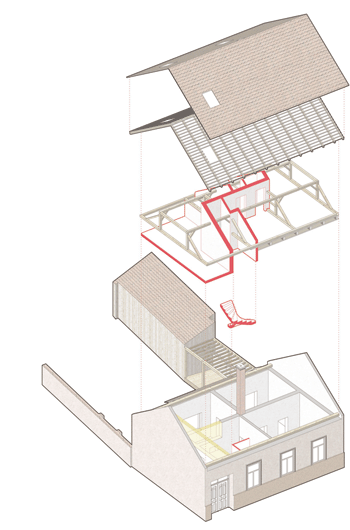